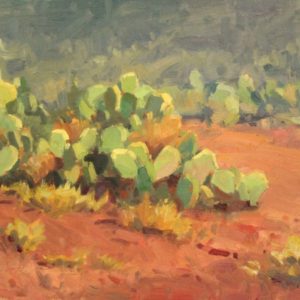 Matt Sterbenz was born and raised in Phoenix, Arizona. He received his Bachelors in Fine Art from Arizona State University in 2011, and is the former President of the Arizona Plein Air Painters. He frequently finds himself hiking and painting en plein air; a process which he believes is critical for producing effective studio work.

Matt has participated in some of the nation?s top plein air events, including the Grand Canyon Celebration of Art, Sedona Plein Air Festival, and the Pacific Northwest Plein Air event. Matt?s work has also appeared in publications including Southwest Art and Plein Air magazines. Matt was a featured artist and faculty member of the 2016 Plein Air Convention in Tucson. He is represented by Amery Bohling Fine Art in Scottsdale, Arizona.