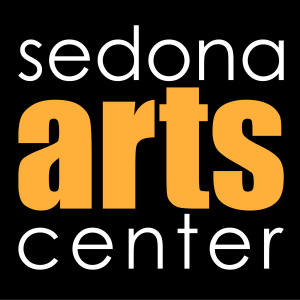 I have now been at the helm of Sedona Arts Center for a little over a month – and what a month it’s been!

The staff and I have been adjusting to the loss of Jenny Reed at the end of January.  It hasn’t been easy, and we are still grieving, but we have a terrific staff and we have been managing.

We are welcoming a new staff member next week, who will be our Programs and Events Manager.  Her name is Amelia George and she comes to us from the Museum of Northern Arizona.  We are excited to get her on board and acclimated to the Arts Center.

Shortly after I arrived, I started meeting with staff and board members to determine their priorities, concerns and wishes for the future of SAC. An urgent issue that came up was the deterioration of our parking lot and the retaining wall that holds it up.  We have been meeting with contractors and hope to get a firmer grip on the cost involved in replacing/repairing it in the coming weeks.  In the meantime, we have blocked off much of the lower parking lot due to safety concerns.  Parking is still available in the field lot and between the Gallery and Barn. Stay tuned for more information as we move forward.

Last week, as I was writing a grant, the staff helped me gather several interesting data points to include in the narrative.  I share that with you now as I think you might find it interesting:

A little more about me – I came here from the Maine Arts Commission (the equivalent of the AZ Commission on the Arts but in Maine) where I served as its executive director for the past 8 years.  Prior to that, I was the President and CEO of the West Valley Arts Council that served the 13 cities and towns in the West Valley of Phoenix.  I have an extensive background in leading arts organizations and have a reputation for taking them to the next level.

As we explore expanding our in-person programming later this summer, you can look forward to new events and programs.  More information on that in the coming months.  In the meantime, we are still offering in-person ceramics classes, a host of online workshops and our Gallery is open five days a week and looks better than ever!

I look forward to meeting all of you in-person at some point.  In the meantime, stay safe.