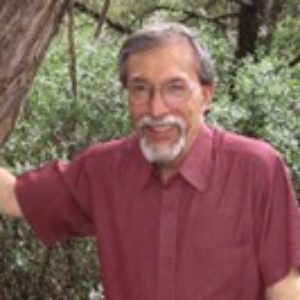 I was born and raised in Baltimore, earned my Masters and Doctorate degrees in the field of Organic Chemistry at the Carnegie Institute of Technology (now Carnegie–Mellon University) in Pittsburgh. My professional career played out in the Chicago area where I worked nearly 30 years as a research chemist for a major chemical company. In 1999 my Westward migration continued when my wife and I settled in Sedona.

For as long as I can remember I had an interest in cameras and photography. As a young boy I had the use of my father’s roll film camera, sometimes connecting it to a small microscope or a telescope my parents gave me as presents. All of which also further nurtured my scientific interests. I have little formal instruction in art. Rather, my skills as a photographer were honed from not only my own experiences, but also from seminars, workshops, input from photographer friends, and participation in a number of Chicago area camera clubs. During this period I received numerous awards in club competitions. I did my own darkroom work making B&W and color Cibachrome prints.

My photographic interests, though somewhat eclectic, tend predominately toward nature photography in particular the Southwest landscape. Recently, I have developed an interest in expressive and impressionistic imagery. In 2005 I completely transitioned from film exclusively to the digital medium, and I do most of my own digital printing.

My work has appeared in several books and magazine publications. I exhibit my photography at several venues around Sedona, most extensively at the Sedona Arts Center Gallery, and my work may be found in private collections around the world.

There are untold numbers of beautiful, fantastic and unusual sites throughout the Southwest landscape. Unfortunately, many will never have the opportunity to personally experience these wonders first hand. I derive a sense of satisfaction when I can capture and present to that audience a printed image of these natural marvels that elicits a spontaneous “WOW”.